Visit https://stonehamletrockfest.se/ and get your ticket now!

Lou Siffer and the Howling Demons (L.S.H.D.) was formed in 2008 in Uppsala, Sweden. It all started with a friend that needed a cool band for a party at a car club. Lou gathered his demons and it became so much more than just that party. The band found a rock sound that is appealing to a lot of people because of its mixture of rock n´ roll, hard rock and heavy metal served with a punk rock attitude. In 2009 L.S.H.D. recorded and released the 7"-single "The Mosher" accompanied with a video. This was followed up by playing several big festivals in Sweden such as Sweden Rock Festival, Sundsvalls gatufest, Rock Out Wild Festival etc. In 2011 L.S.H.D. released their debut album “The Devil’s ride”. Their second full length album "At your service" was released by Mighty Music in 2014 and got great reviews in rock and metal press from around the world. “

“Sweden´s grooviest, dirtiest rumpus returns with a sophomore slice of action that both raises the bar and punches through it”. Powerplay magazine (UK)

”Their perseverance has paid off with an impressive collection of gonzo-metal face-melters”. Classic rock UK

In 2015 L.S.H.D. recorded an EP with 4 songs and they released a video for the track “Better Safe Than Sober”. Once again L.S.H.D. worked with Lawrence Mackrory at Musikfabriken, Uppsala, and once again the result is exquisite. The video was shot by Simon Wettervik on an industrial site in Uppsala together with the guys from “True Grit Inc”. 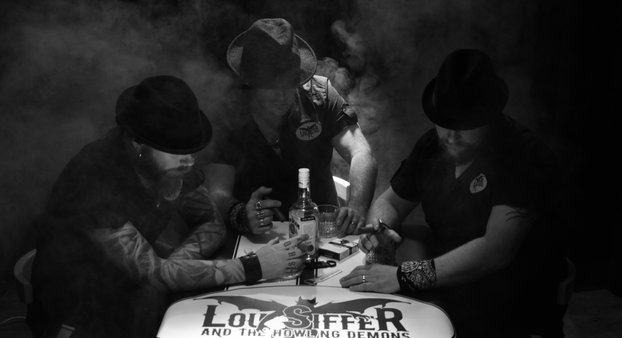 The Mosher was recorded and mixed by Ray Zår at Mountain High Studios. Mastered by Eric Cardenas at EC Makingsound.